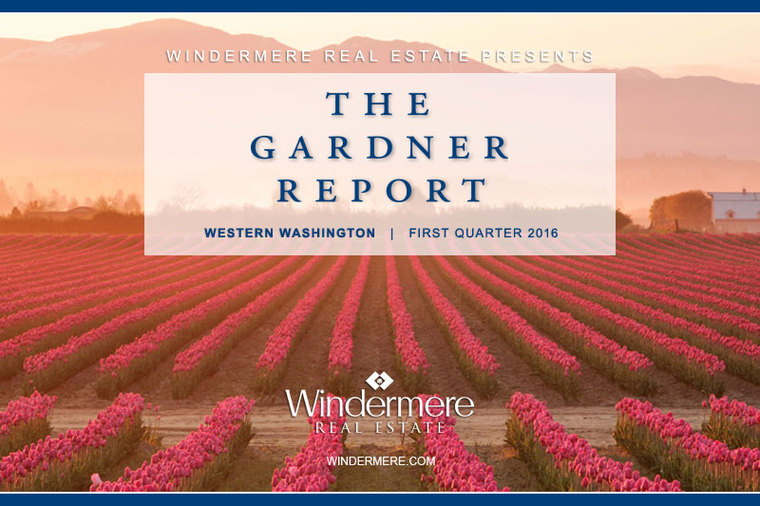 Matthew Gardner, Windermere’s Chief Economist, has just released his latest quarterly report for the real estate market in Western Washington. He breaks down the economic overview of the region as well as what happened in the housing market over the last three months.

• Home sales are up 3.8 percent from the same quarter last year. Sales activity, however, “continues to slow as a function of inventory constraints.”

• Home prices are up by an average of 10.1 percent year-over-year. This is up from the 9.3 percent average growth in prices reported in the fourth quarter of 2015.

• “The average number of days it took to sell a home dropped by sixteen days when compared to the first quarter of 2015.”

You can read the full Gardner Report online on Windermere.com.

Related Articles
Blog The Gardner Report: 4th Quarter 2022 The following analysis of the Western Washington real estate market is provided by Windermere Real Estate Chief Economist Matthew Gardner. We hope that this information may assist you with making better-informed real estate decisions. For further information about the housing market in your area, please don’t hesitate to contact your Windermere agent. REGIONAL ECONOMIC OVERVIEW […]
Blog Happening on the Eastside: February 2023 February is close on our heels, temperatures are still chilly, and the sun is finally waiting until after five to set. If you have some of the post-holiday blues fear not, February has plenty of reasons to celebrate including Valentine’s Day! Each month we put together a comprehensive calendar of special events happening across the […]
Blog Local Market Update: January 2023 The close of 2022 brought the housing market extremes of the last year into sharp focus. With decreased sales, generally increasing inventory and lower prices, the December market finally seemed to hit the winter slowdown that has characterized typical market cycles of years past. This stands in contrast to the early months of 2022, which […]